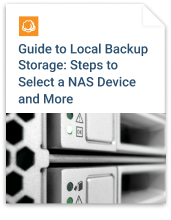 When we think about large data storage, the first things that spring to mind are magnetic hard drives, as SSD technology is more about speed than volume. Next year might be revolutionary for the HDD industry since major manufacturers - Seagate and WD - presented their new solutions which significantly improve data writing density. BTW, there are lasers and microwaves involved.

Such innovations were brought to the market as the industry had exhausted all other options for record density improvements, like helium sealing to place more platters in one single case, or using smaller grains on the surface. To better understand the necessity of either laser- or microwave-powered data writing, let's consider basic HDD concepts. Keep reading to understand the difference between HAMR vs MAMR approaches.

Every HDD consists of a few magnetic platters, reading/writing heads, an electric motor, and a controller board. When talking about data volume, the volume-defining component is the magnetic platters. You can place more data bits onto every inch, thus improving the capacity of each platter or place more platters in one HDD case to significantly improve the overall drive volume. 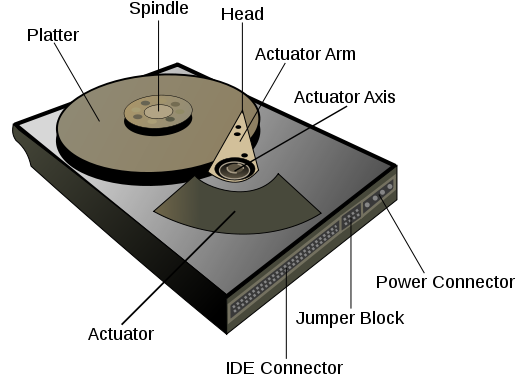 Basic components of every hard drive

This first approach has been used for the last ten years but now the industry faces physical barriers when it comes to further compaction:

Since manufacturers cannot place an infinite number of platters whilst maintaining the same 3.5” form-factor, they are thinking up alternative approaches to overcome barriers in data compaction. Up until the end of 2017, the industry was focused on pre-writing by means of lowering magnetic hardness using laser heating (HAMR technology). This had lasted for ten long years, but there were always limitations on presenting the real product: material issues, more complex production cycles, dissipation of heat, etc.

But then Western Digital announced its own solution to density improvement without excessive heat - MAMR. They propose using small microwave oscillators to temporarily lower the magnetic hardness. 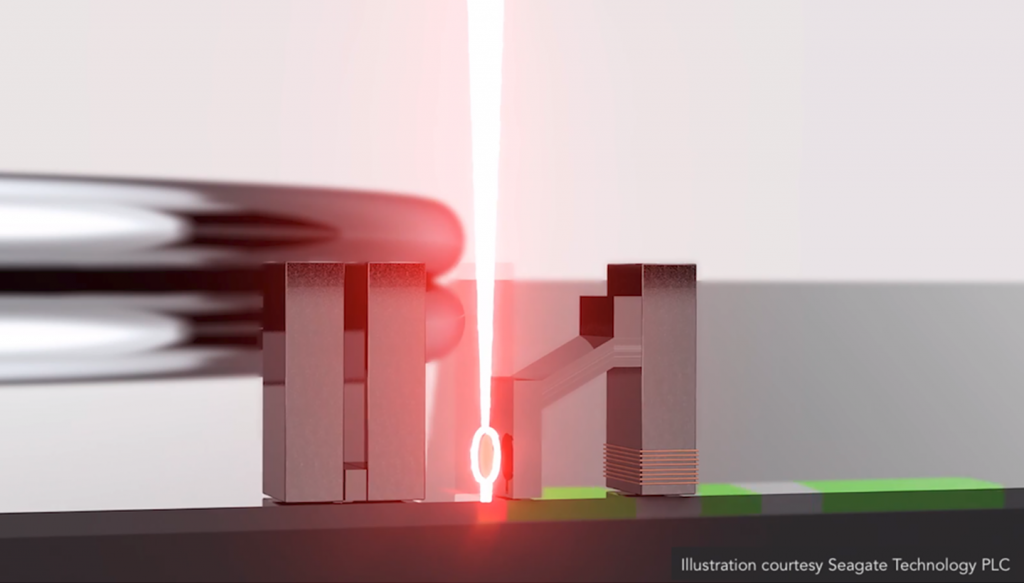 Since laser heating is used prior to writing operations, and the temperature can get up to 400C, this can cause surface degradation. So Seagate developed new HAMR hard drives with platters made using glass, allowing them to use higher temperatures for recording layer(s). They added a heat sink and an additional surface layer to control the heat flow. These and a few other required hardware improvements have been included to change the production cycle and supply chains, thus making the end product more expensive. Understanding that, Seagate relies on a lower price-per-TB value thanks to a significantly improved bit-density. 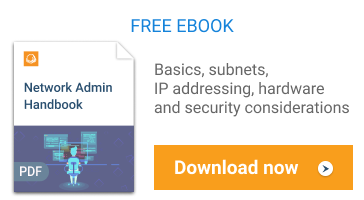 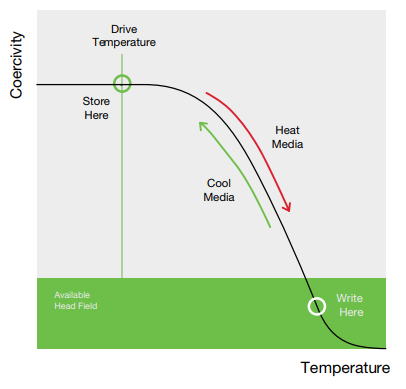 Now the technology is nearly ready for manufacture, as Seagate says, and allows for drives with a range of 2 to 5 Tbpsi (Terabits per square inch) density - compared with 1.3 Tbpsi used on conventional drives. Potential data growth is up to 40TB in three years. Thanks to HAMR technology, new drives can leverage shingled recording with no noticeable performance degradation, so the bit density can be the highest on the market when even compared to MAMR.

Seagate reports that the final products will have an even better price-per-TB value than most recent PMR-based drives. To prove the new drive's endurance and reliability, Seagate built over 40 000 HAMR hard drives for the pre-market stage, to check their ability to transfer over 2PB of data via a single drive head (check our comparison table below to get further details about HAMR endurance).

From a power consumption aspect, HAMR-backed drives have a very small laser emitter, so they will not consume much power, in comparison to the most current performance drives. 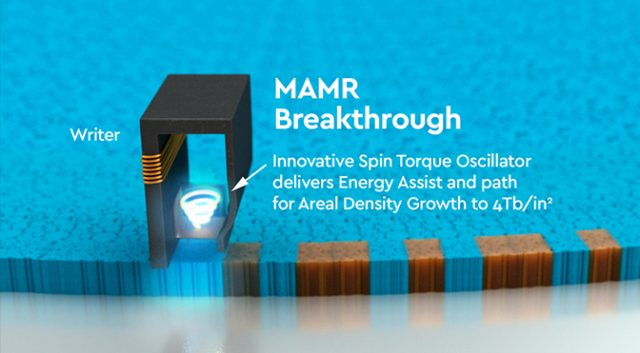 MAMR is next-gen technology in relation to HAMR hard drives, as it solves a few problems that come with laser-based writing technology: Excessive surface heat and building complexity.

WD used spin torque oscillator (STO) working with 20-40 GHz microwave frequencies, and this addition claimed to not require complete head redesign. Since STO does not deliver a lot of heat to the surface, the overall technology looks like “improved HAMR” with the same pros, but lower cons. You will get comparable high bit density levels with no side effects to its reliability.

Western Digital - as it claims - was able to slightly change the existing magnetic head production cycle to support the new oscillator coupled heads.

But they also mentioned the development of new magnetic surface materials to support the new technology, so it seems like WD has also changed their supply chains. We will not be counting on lower prices but higher supply rates, compared to HAMR hard drives, but let’s wait for the first retail supplies to unveil the truth.

Both technologies look very similar to the end-user, since they both deliver high bit density, with a similar or even better performance than their older counterparts. But let’s take a closer look at their strengths and weaknesses in the table below:

*Note, that 18-head nearline HDDs need to transfer 30.4 TB/Year per one head to meet industry demands.

Both technologies look very similar in terms of the user but fundamentally different in their approaches to lowering magnetic hardness. HAMR-supporting sources claim that their laser technology is solid enough to allow drives to spin for a long time long and without issues. But the MAMR community believes that high heat laser technology surely shortens hard drive life. This is true but the question is, how long will HAMR hard drives really remain useful? Well, 2021 is almost here - we'll see!