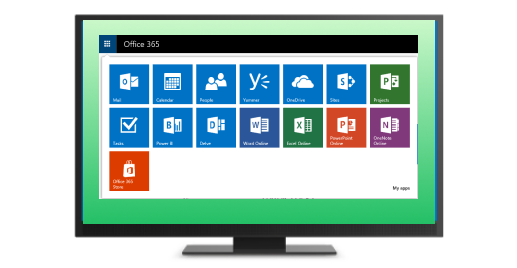 Are you switching to Microsoft's hosted business apps suite and wondering how to migrate email from Gmail to Office 365? This article discusses several solutions for automatically migrating from Google Apps to Office 365.

This approach is free of cost, but it requires a fair amount of setup on the part of your users. Two-factor authentication must be enabled for each of the Gmail accounts that you want to migrate. Each account must also have a custom app password configured. These are tasks that will either need to be performed individually by users, or by admins using remote access to users' workstations.

Once these preconditions are met, performing the migration is relatively straightforward. The steps to follow are detailed in Microsoft's guide.

An important limitation of this approach is that it migrates only Gmail data to Office 365. Google Calendar data and contacts from Google Accounts must be migrated separately by having users import them into Outlook. The import process must be performed manually for each Outlook account; it can't be performed automatically from the Office 365 Admin Center.

Given the significant amount of manual effort required to use Microsoft's migration process, this solution is not practical in many situations. It may be sufficient if you only have a small number of accounts to migrate, but if you are dealing with hundreds or thousands of accounts, performing the migration steps manually is likely not worth your admins' time.

SkyKick is a commercial third-party tool for migrating from Google Apps to Office 365. It also supports migration of most other POP3 and IMAP email accounts into Office 365.

SkyKick can import Google App calendar and contacts data into Office 365 in addition to Gmail data. The tool works through a graphical user interface that any experienced IT admin should be able to learn to use without great difficulty.

CloudM for Gmail to Office 365 Migration

The tool can migrate Google Apps email, calendar and contacts data into Office365, along with other Google Apps information. There are a few minor exceptions to the types of data that CloudM supports; for example, it can't import Gmail rules into Office365.

CloudM has a simple, fixed pricing model. It costs $12 per user, with no data limits. Discounts are available for high-volume purchases.

Migrating Gmail to Office 365 with BitTitan

The tools support the migration of most Google Apps data into Office 365, although they have more exceptions than the solutions described above.

BitTitan pricing varies depending on which product and features you use. Mailbox-only migration can be performed for $12 per user using MigrationWiz, while full data migration is priced at $15. MSPComplete is available through a subscription model, with pricing starting at $20 per agent per month. For one-time migrations of Gmail to Office 365, MigrationWiz is the best choice, but if you anticipate needing to move email and other data between hosts on a recurring basis, an investment in MSPComplete may be worthwhile.

A variety of options exist for migrating from Google Apps to Office 365. The best choice for you will vary depending on the following priorities: