A little over a year ago, MSP360 Backup added a feature called Hybrid Backup. Hybrid Backup enables you to perform simultaneous backups to local storage and cloud storage from a single backup plan. This is much more efficient than having to run two separate plans and performing encryption and compression twice.

Release 5.9.4 brings several notable improvements to the way Hybrid Backup manages the dependency between the local and cloud backups. Local and cloud backup files are no longer dependent on one another. This both enables more flexible backup plan editing and improves performance of hybrid backups. Let's highlight the main changes.

Hybrid Backup can be enabled for existing backup plans. In other words, if you currently perform backups and would like to add hybrid backup functionality, you can easily enable that feature on the backup plan. You can also more easily and more efficiently change one of the targets in an existing hybrid backup plan.

When enabling Hybrid Backup to the cloud on a backup plan that backs up locally (or changing to a new cloud on an existing hybrid backup), MSP360 will simply update the cloud from the existing local backups. Meaning. MSP360 Backup can now leverage the backup data that already exists in local storage.

Additionally, if you need to change the local backup location, you can do so and MSP360 Backup will only back up data locally to the new location without any need to move data a second time to cloud storage. These enhancements greatly reduce backup times compared to the previous implementation and allow for more flexible backup plan changes.

Hybrid Backup is a powerful solution for users who need to keep backups locally and in the cloud in line with a 3-2-1 backup strategy. Release 5.9.4 brings significant improvements to Hybrid Backup and thus enables users to be more flexible with their backup plan management. Feel free to try out MSP360 Backup 5.9.4 and leave your feedback in the comment section below. 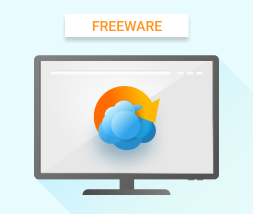