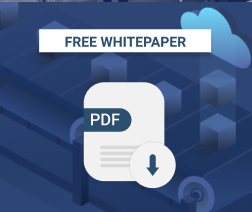 Even on a well-protected Linux system, data loss is still an imminent risk. And chances are, it might hit you when you least expect it. So, you might want to prepare for such an outcome by backing up your Linux server. This should serve as a supplementary protection measure in case everything else fails.

It’s worth noting, however, that there are different methodologies of backing up Linux servers. How you choose to proceed depends significantly on the type of server you’re running.

And to help you with that, this article covers the file types you should focus on while backing up various Linux servers.

Linux is an extensively dynamic system with a wide array of solutions for varying hardware devices. How a Linux operating system runs on your PC is very different compared to servers and embedded devices.

To keep it simple, we’ve featured the three principal Linux server purposes, plus their corresponding file backup processes. It’s possible to stack up numerous roles on one Linux Server. Some organizations, for instance, choose to combine a web server and databases on one server.

Therefore, since each of these roles has its own distinct file framework, administrators end up using different backup methodologies on the same server.

Build an effective backup strategy for your Linux system:

How to Back Up Linux Database Server

Linux servers that run databases are particularly vulnerable to attacks because they serve as the main data center. That, in essence, means they fundamentally hold extensive volumes of data.

In case of an attack or system failure, therefore, you stand to lose quite a lot of data at once. And that could ultimately prove to be detrimental to your entire organization.  Unless, of course, you already have backups in place. 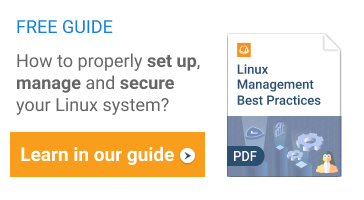 That said, conducting database backups is pretty simple. But, don’t rush into it by directly replicating the server files. Copying and pasting your database data will only create invalid backups. In other words, you won’t be able to leverage them for recovery and system restoration.

Now, if you intend to keep valid backups, the best approach would be taking advantage of tools that are specifically built to facilitate Linux database backups.

How To Back Up Linux Web Server

It’s worth noting, however, that some of your hosted apps might be relying on database data. If that happens to be the case, you have no choice but to use the database backup methodology we’ve just discussed.

So, you might want to confirm the type of applications you’re running on your server before proceeding. There’s no cause for alarm though. Most web applications are hosted entirely in static form. Consequently, you can easily transfer data from the server to its backup storage by simply copying and pasting.

Now, the first step, of course, is identifying the core server files. You can find their precise directories after assessing the configuration files on your server.

Once you identify the principal directory, you can go ahead and copy the configuration files directly. The rules are the same as web servers’.

The restoration process, however, might be slightly different. If some of your configuration files are server-specific, restoring them directly from their backup storage might not be possible. But, the good thing is, they’ll still give you a reference point for rebuilding your Linux web server.

How To Back Up Linux File Server

Linux file servers, on the other hand, serve as file repositories that primarily supply other servers with data. They also tend to distribute data to users through networks.

But, unlike their database and web server counterparts, most Linux file servers are engineered to safeguard data at all times. As a result, some of them utilize RAID arrays to maintain constant data access when system failures like disk crashes occur.

That notwithstanding, it still a good idea to include file servers in your backup strategy. Despite their impressive build, they are not immune to all the possible risk factors. So, in short, ensure you create remote backups of your file server data too.

Finally, as you back up your Linux system to the cloud, remember to apply extra precautions to protect your data against unauthorized public access. MSP360 provides tools for setting up encryption, as well as configuring other backup parameters based on your server type. 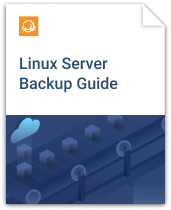