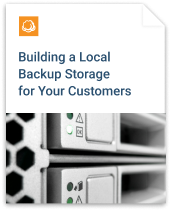 Here at MSP360, we help small and mid-size service providers simplify the daily management process for their consumers. Most of the partners work with public cloud providers, but sometimes we see interest in using local storage facilities for backups. MSP360 Backup discontinued support of all FTP family and here is why.

FTP (File Transfer Protocol) has been around for many years as the default file transfer mechanism. After its invention in the early 70’s, FTP was maintained on lines of HTTP with the real goal of designing end-to-end technology for file transfers. It won’t be wrong to say, FTP proved itself as the most reliable protocol for business challenges involving file transfer and sharing.

However, as technology improved, security requirements started to dictate and impose new approaches for file exchange and sharing. Even next-generation SFTP (Secure File Transfer Protocol over SSH stack) and FTPS (transfer over secured socket layer) could not do much to become a reliable FTP replacement.

There are several reasons a modern business needs to consider a better and secure FTP alternative:

Today’s dynamic businesses need data accessibility, security, system flexibility, and ease of deployment and management. Storage forms the backbone of any IT department or service provider -- whether they need to implement file sharing across employees or customers or create core storage-based backup solutions with different recovery requirements and strategies (short-term, long-term, archiving, etc.)

With virtualization and, further -- cloud technologies, administrators started to consider hyper-converged and software-defined storage system configurations. All these IT transformations require new technologies and utilities to drive a successful business organization.

Minio is an object storage server released under Apache License v2.0. It is compatible with the Amazon S3 cloud storage service. It is best suited for storing unstructured data such as photos, videos, log files, backups, and container / VM images. The size of an object can range from a few KBs to a maximum of 5TB.

There are several ways to deploy it — users commonly deploy Minio in a Docker container, orchestrated by tools like Kubernetes, Mesos, or Docker Swarm. Minio also has a homebrew (missing application manager for macOS) package and is available for *nix, BSD, Windows as executable.

Minio stores files as objects (a pair of key, value, and metadata with other attributes). The object is secured in transit, at rest and can be optionally encrypted by a client with advanced standard encryption (AES256).

Minio supports multipart and multithreaded uploads for large files. Each object's prior transfer is split into several parts (chunks) and still the delivery of an entire object (retransmits, checksum and other validation mechanisms) is ensured.

Minio is a decent FTP replacement when it comes to storing file content for sharing across an organization, implementing a backup strategy or storing application assets. With multiple sets of drives, it ensures a scalable and highly available system enabling real software-defined storage.

Minio in distributed mode protects against hardware failures and bit rot using erasure code. In the following example, we have 4 nodes with 4 disks each, making it a total of 16 drives. Distributed Minio runs on top of these 16 drives to create a distributed, secure, and highly available storage setup where chances to lose data tend to zero.

Signature v4 is the latest standard of AWS. Signature is responsible for proving the requestor’s identity and it is compared with the one calculated by the server in order to either allow or deny access to resources. The latest release of Minio supports both v2 and v4 signature versions, which enables more applications and services to deal with its resources.

MSP360 has been supporting S3-like interface for several years. Cloud backup software helps build robust and unlimited scalable protection system for computers, servers, and applications. MSP360 Explorer manages files across Minio buckets, local systems, networks shared and other file facilities. MSP360 Drive can be really handy for arranging file sharing among inexperienced users by simply mapping S3 compatible bucket content as a disk. MSP360 has been supporting S3-like storage since the very beginning of its products and keeps enhancement, where Minio technology, as well as the community, are very big assets to it.

FREE WHITEPAPER
Building a Local Backup Storage for Your Customers