In the whirlwind of re:Invent 2018, AWS announced a number of new features and improvements, including new database options, S3 Batch operations, and machine learning services.

Everything about backing up to Amazon S3:

Amazon S3 is an object-based storage service provided by Amazon Web Services (AWS). It is used for a wide variety of storage needs, including saving server backups, serving static files for web pages, or keeping long-term archives for compliance purposes.

S3 provides different levels of availability and reliability through its different storage classes. Each storage class has a different cost structure and guarantees around how quickly you can access your data.

For example, two of the more popular storage tiers are S3 Standard and S3 Standard Infrequent Access (or S3 Standard-IA). Both are designed to provide rapid access to your objects when requested. S3 Standard is for objects which are accessed frequently. The storage cost for the objects is fairly high, but there is a very low charge for accessing the objects.

Conversely, S3 Standard-IA is for objects which are not expected to be accessed frequently. The storage cost is much cheaper than S3 Standard -- almost half the price -- but you are charged more heavily for accessing your objects.

Object lifecycle policies are helpful, but they’re a blunt instrument. Lifecycle policies apply to all objects in a given S3 prefix, but the access patterns for objects in a prefix can vary widely. Perhaps some objects are accessed frequently for months after creation, while others are rarely accessed after the first few days. This can result in unnecessary storage or access bills.

Let’s see how this works with an example. Imagine you have three objects in S3 -- a hot object, a cool object, and a cold object.

The hot object is accessed daily over the course of a year. Because of this, S3 Intelligent-Tiering will keep it in the frequent access storage tier. You will pay slightly more for storage on this object, but you won’t have to pay the hefty cost for access that comes with the infrequent access tier. 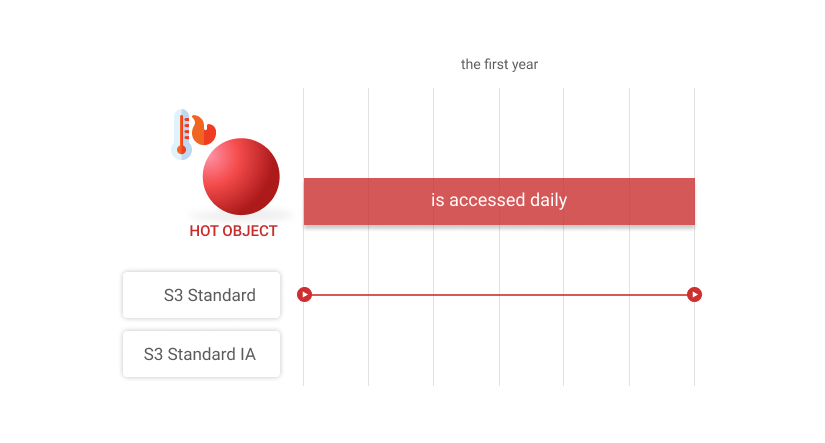 In contrast, the cool object is not accessed daily at first. In fact, it isn’t accessed at all for the first three months of its life. For this object, S3 Intelligent-Tiering would shift it to the infrequent access tier after its first month to save on storage costs. Imagine the object is needed now after three months and is accessed once a week for the following six months. S3 Intelligent-Tiering would move it back to frequent access after the first access and would keep it there until it had another 30 day period of non-access. 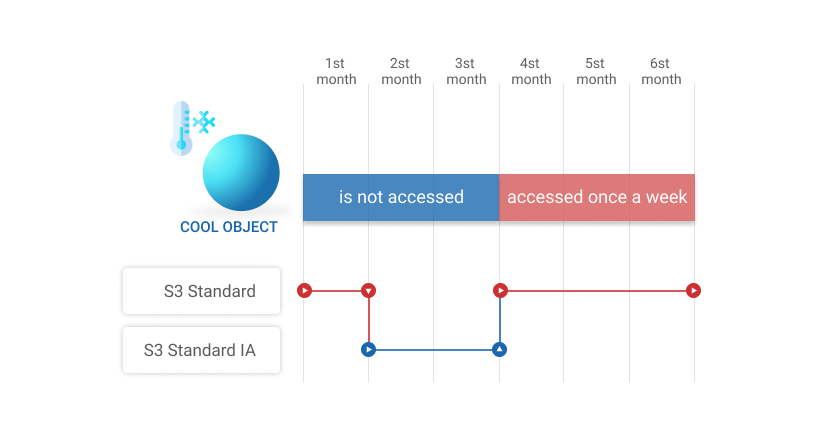 Finally, imagine your cold object is accessed once in the first week and then never accessed again. S3 Intelligent-Tiering would move it to an infrequent access tier 30 days after its last access, saving you money on storage. The object would still be immediately accessible if needed, in contrast to something like the S3 Glacier storage class. 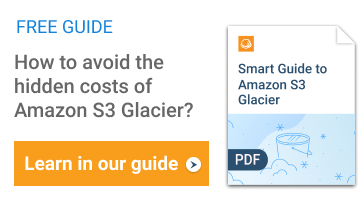 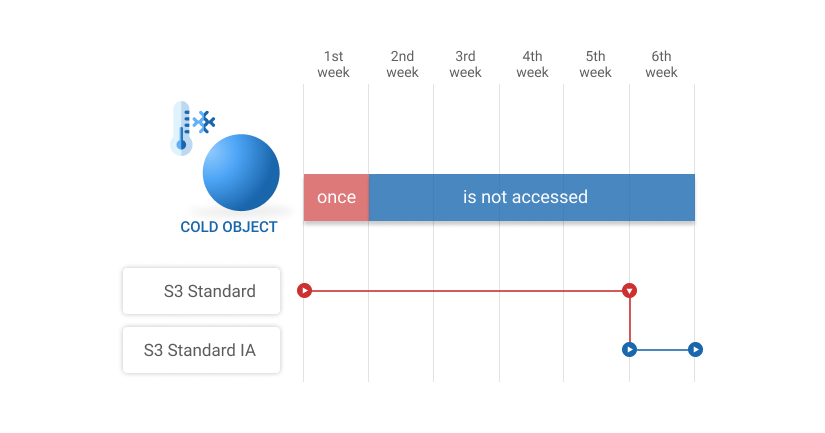 The big benefit of this is that you don’t need to manually track the access patterns of your objects on a granular basis. AWS will handle this for you in a way that can save you significant amounts on your storage bill.

What Is the Pricing for S3 Intelligent-Tiering?

There are three main pricing axes for S3 Intelligent-Tiering:

Let’s look at each of these individually.

If the object has not been accessed for 30 consecutive days, it will be moved to the infrequent access tier and charged at the S3 Standard-IA rate ($0.0125 per GB in US East).

The second pricing axis is on requests. S3 charges you based on the number of API requests and the amount of data returned by these requests.

Requests prices are much cheaper for S3 Standard than for S3 Standard-IA. The great part about S3 Intelligent-Tiering is that you pay S3 Standard request prices, even when your object is stored in an infrequent access tier.

Now that we know the pricing around S3 Intelligent-Tiering, let’s see a few areas where it might not be a good fit.

When Shouldn’t I Use S3 Intelligent-Tiering?

In the next section, we’ll do some cost comparisons across the S3 storage classes.

In the previous section, we reviewed the S3 Intelligent-Tiering storage class and pricing. Let’s bring it to life with some cost comparisons

There are a lot of factors to consider with a cost comparison, so these will be necessarily simplified. Your results will differ based on your use case.

For our first comparison, assume that you have a large number of objects under a particular prefix. Some are accessed frequently and some are not. However, it’s hard to distinguish between the two in a way that works for an object lifecycle policy.

Let’s use the following assumptions:

With these assumptions, let’s break down how much it would cost for one year each of S3 Standard, S3 Standard-IA, and S3 Intelligent-Tiering.

For each comparison, we will use the US East region for pricing.

For our second use case, let’s imagine we’re heavy users of S3 Select.

Let’s use the following assumptions:

For each comparison, we will use the US East region for pricing.

In both of these examples, S3 Intelligent-Tiering ended up being the cheapest option.

Your results may vary depending on how frequently you access your objects, how consistent your access patterns are, and whether you’re using S3 Select. 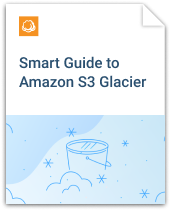 Providing BaaS with MSP360 and AWS