While MSP360 Backup is great for day-to-day backups, the initial full backup may be too time-consuming depending on the amount of data and available bandwidth. For example, backing up terabytes of data might be a non-starter for users with capped or slow bandwidth. It would be quicker and possibly cheaper to use a faster computer or data transport service like Azure Import to perform the initial backup of your data. And when the data is successfully uploaded to the cloud, all subsequent differential backups would take place on the original computer, as they wouldn't be too sizeable.

MSP360 Backup 5.9.1 features said functionality and enables you to perform the initial backup with the help of Azure import. In fact, we've implemented data seeding for regular hard drives and SSDs too. So you can back up data to a few SSDs and then transfer that data from the SSDs to the backup storage with the help of another computer with faster bandwidth.

Feel free to check out our in-depth tutorial that explains how to take advantage of data seeding services like Azure Import with the help of MSP360 Backup.

Google has recently announced the latest addition to their Google Cloud Platform regions — Finland. The data center is located in the town of Hamana and is claimed to improve latencies by up to 88% for users in Nordics and Eastern Europe. The Finnish region offers three zones and enables developers to distribute apps and storage between them.

MSP360 Backup 5.9.1 features complete support for Google Cloud Finland region and enables you to create buckets in the region as well as perform backups to it. 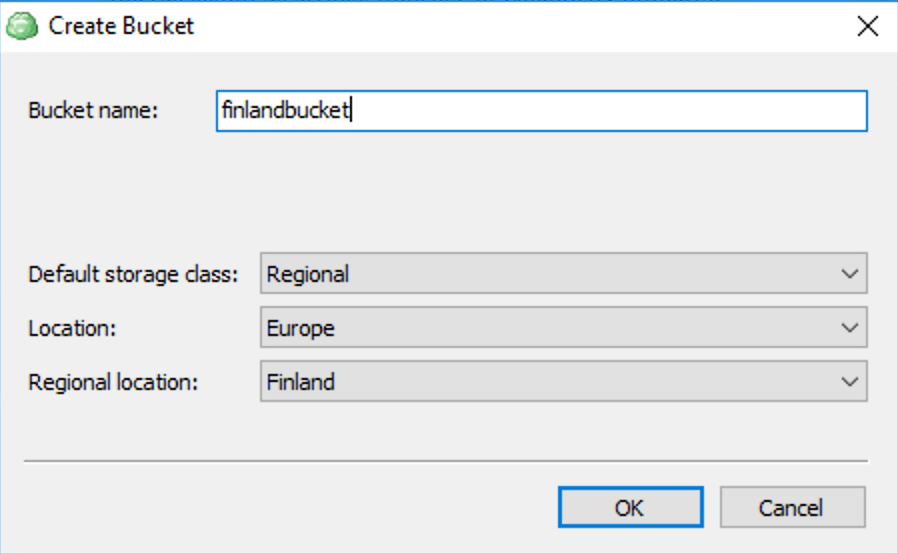