What Is a Differential Backup? 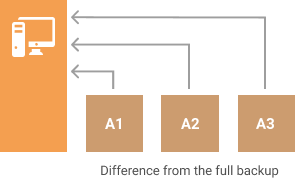 To understand how the differential backup works, we will review how it’s used in the backup of Microsoft SQL Server. Microsoft has developed a native backup structure in three layers for its SQL Server databases: 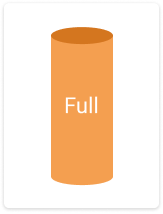 The backup of the whole database: This is the largest of the three backups. You don’t want to run it very often.

SQL Server differential backup contains all changes since the initial full backup. Microsoft SQL Server database is designed in such a way that it’s technically possible to backup only the changed parts of the dataset.

All three backup types are complementary to each other in the SQL Server. You will be able to achieve lower downtime and lose less data while restoring from a chain of full-differential-transaction logs.